DSSR5 has a new scanning feature which enables cameras with small chips to produce images of the entire sun. I tried it with my DMK21 (1/4″ CCD) at prime focus on my PST which looks like this during capture. 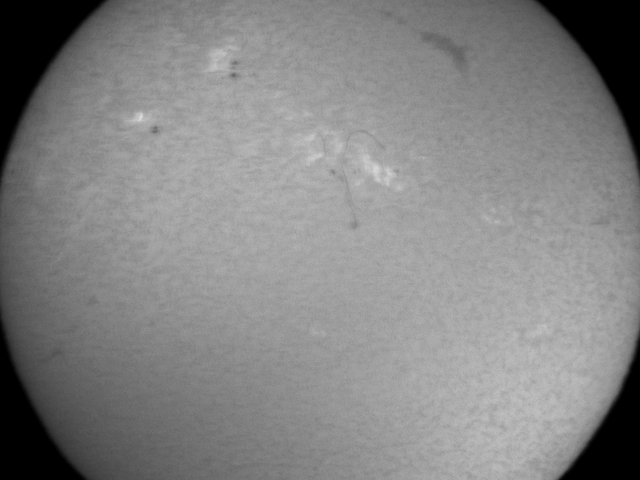 I then used the new scan function to automatically record a 5 minute video of the Sun while DSSR steered the scope to cover the entire solar surface. Registax then did its magic to produce this full disk image below. 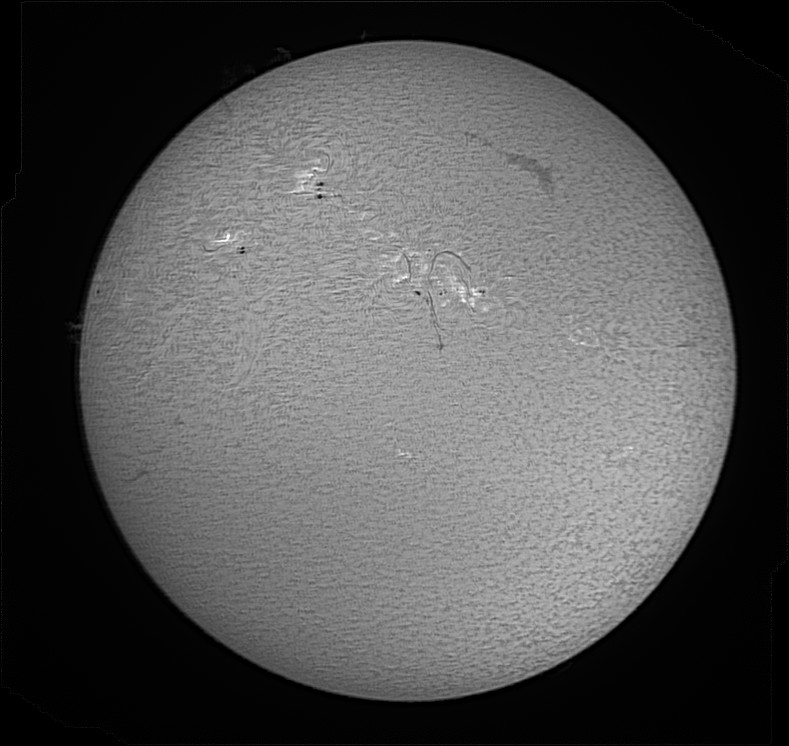 This is a lot easier than mosaics and it looks like the method smooths out the PST hot spots as well. (It’s also a lot cheaper than a 1/2″ chip camera:-)

A very big thanks to Sylvain Weiller for suggesting this feature and helping me bring it to fruition.

Below are some recent scans – all taken with a 1/4″ DMK at prime focus on a PST. 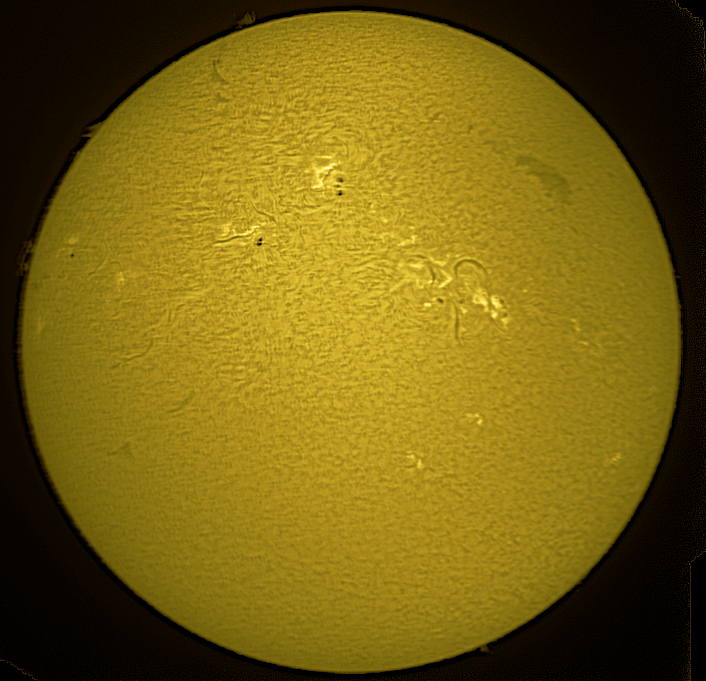