We recently got a request to help a user align a series of full disk Sun images while keeping the Sun’s position static. The normal method of aligning on a surface feature would result in the disk moving sideways as the Sun rotated. We came up with the idea of using the entire Sun as the alignment target and it worked like a charm. You can see how this works in the screenshot below. This is really stretching DVS so you need to give it time to work thru each frame. 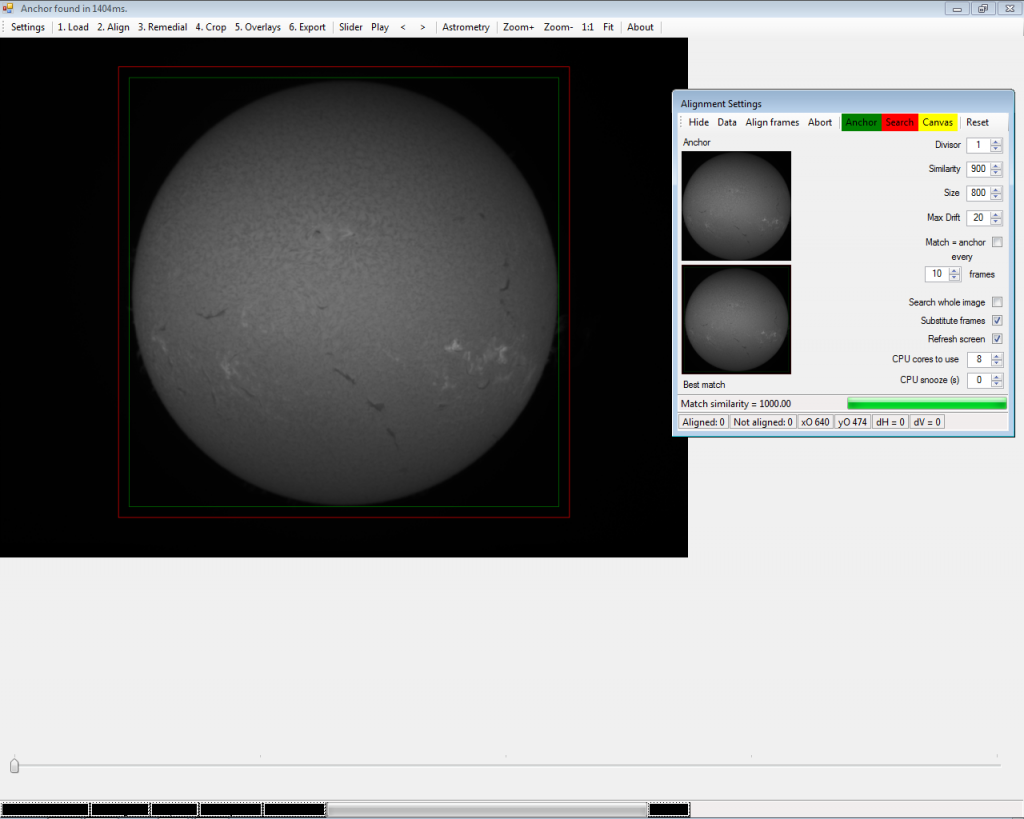 The second tip was suggested by the user who came up with the idea of having 2 sets of processed images for hard-to-align image sequences. The first set has the contrast or sharpness or gamma cranked up so that DVS can easily lock onto the alignment targets and perform an alignment pass. The second set is processed normally to give the desired images for the final animation. The trick is now to load the second set of images and load the first set’s alignment results using the Data button. This will align the frames and you can now export your animation.

Big thanks to Matthias Mass for these suggestions.